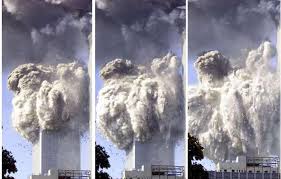 The Making of a Wartime President

“THE HARRING REPORT IS ANOTHER ‘DEEP THROAT’”

Published for the first time ever, Descending Into Darkness includes the complete (at the time this book went to press) DoD official list of U.S. Military casualties in Afghanistan and Iraq.

Also in Prelude to Disaster:

Ari Fleischer, the White House spokesman, said “slowly but surely the hearts and minds of the Iraqi people are being won over as they see security increase in their areas, as humanitarian deliveries are stepped up.” American officers said they had been studying the Israeli occupation of Palestine for pointers.

Russian Intelligence Report: “The sand is literally ‘eating up’ the equipment. Sand has a particularly serious effect on electronics and transmissions of combat vehicles. Already more than 40 tanks and up to 69 armored personnel carriers have been disabled due to damaged engines; more than 150 armored vehicles have lost the use of their heat-seeking targeting sights and night vision equipment. Fine dust gets into all openings and clogs up all moving parts.”

President Bush, aboard the USS Abraham Lincoln, May 1, 2003: “Major combat operations in Iraq have ended. In the battle of Iraq, the United States and our allies have prevailed. (Applause) And now our coalition is engaged in securing and reconstructing that country. In this battle, we have fought for the cause of liberty, and for the peace of the world. Our nation and our coalition are proud of this accomplishment . . . the tyrant has fallen, and Iraq is free. (Applause)