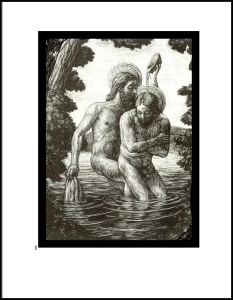 Jesus Christ,  the man-God,  has been called the most influential person in the History of the Western World but there are no historical records this man ever existed.  There were several Historians of the time yet,  given all of his extraordinary deeds;  healing the sick,  raising the dead,  feeding the multitudes;  one would think someone would have written of him.  There is no such record.  No one spoke of him.

Who was this man,  this man so many call the Son of God,  their Lord and Savior?

Now,  with the help of Dr. Phillip L. Kushner,  PhD, we find those long sought historical references in the translations of the Dead Sea Scrolls.  Here we find the man,  Jesus,  who called himself the Son of Light,  who was a leading member of the Essenes,  a group not unlike the Pharisees and Sadducees.  Here is the man,  who led a rebellion against the Romans and was betrayed to them in the Garden of Gethsemane by a fellow Essene,  a man named Judas.  And here,  in these scrolls,  the man who called himself the Son of Light vanished while many of his 30,000 followers were caught and later crucified for rebellion against the State.

Follow Dr. Kushner as he reveals the historical Jesus as these ancient scrolls reveal him to be.  Taking us through a tour of the times,  Dr. Kushner explains who the Essenes were,  what their movement was all about,  and using the ancient scrolls,  shows us who this extraordinary man really was.